This page shows a continuous trading record since March 2013 for Greg Gibbs, Director of Amplifying Global FX Capital and author of its reports published on this website.

In generating performance data, the results are highly influenced by how much leverage is employed when trading.  We have assumed a starting capital amount each year that is around half our standard FX position size; such that leverage of a standard position size is around 2x capital.

In addition to FX majors, we have traded in gold, US Treasury bond and Australian interest rate futures. And in December 2017 and Jan-2018, we held a position in a Bitcoin exchange-traded note.  These instruments have different risk profiles than major currencies and position size was calibrated accordingly.

We have had multiple trades open at the same time, such that total leverage has been larger than 2x capital. 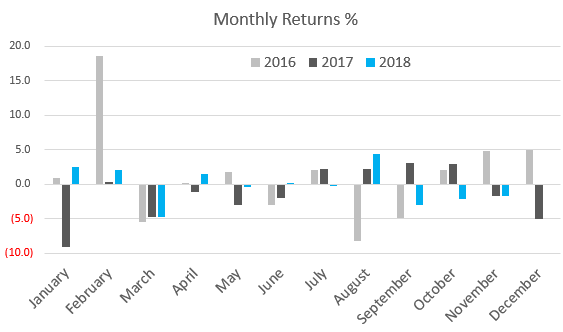 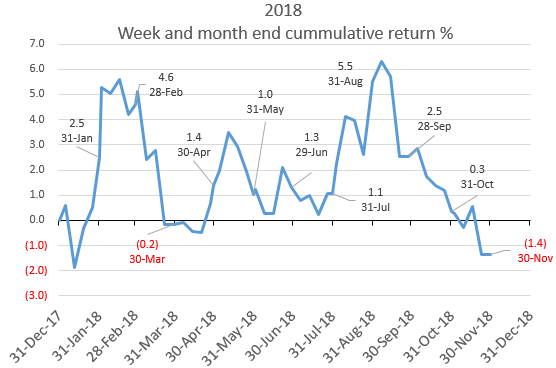 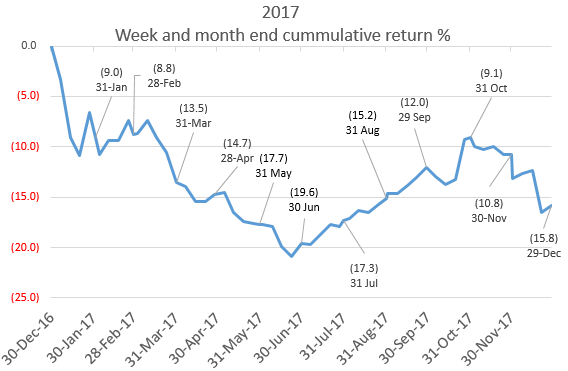 The tables below provide further details for each currency pair or other instrument traded. (percentage return based on our assumed start-of-year capital, the number of trades, share of winning trades, %max win unleveraged, %max loss unleveraged). 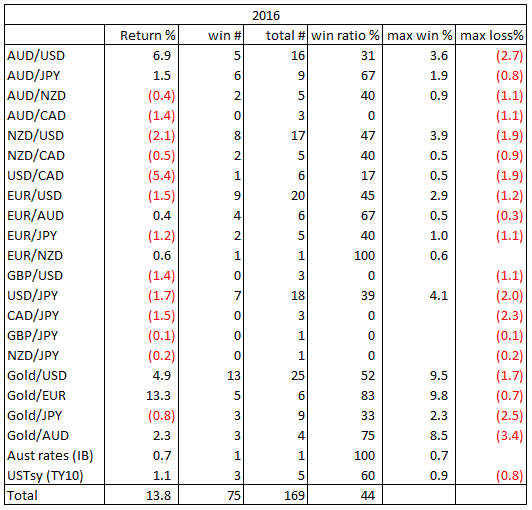 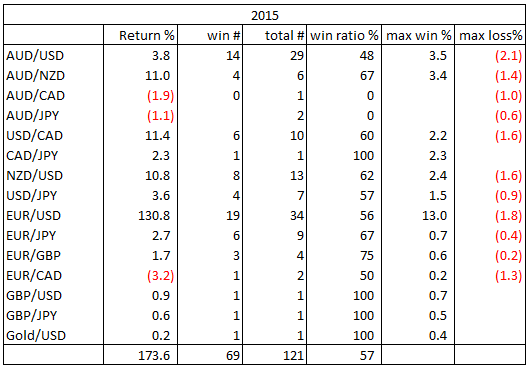 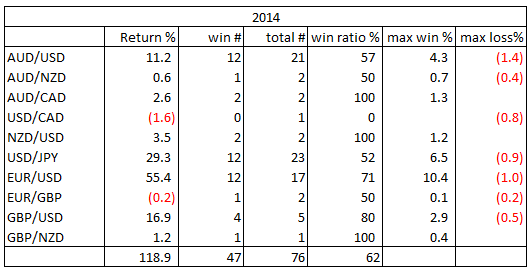 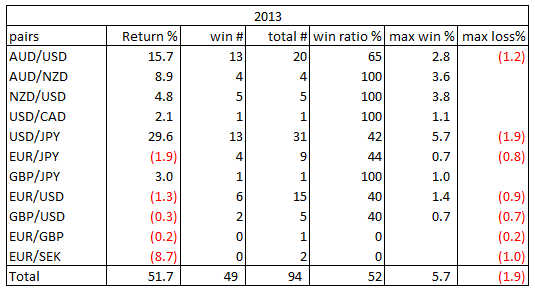 My approach to markets is first and foremost based on macroeconomic analysis.  My ‘Amplifying Global FX’ report provides an insight into the way I operate and think about markets.

This essentially sets up my preferred trades.  My broad view tends to be in place for periods of several months to years.

I use technical and behavioural analysis to derive the timing and level of entry, always setting a stop loss at the time of entry.  I typically find I am most comfortable entering trades that have around a 1 to 1.5% stop-loss.  However, since 2016, the FX market has become more erratic, particularly around key events.  This has made it necessary to operate with wider stop losses and continually assess conditions keeping a more fluid risk management approach.

I prefer trades where I see the potential for considerable upside, although there have been times when I have taken more short-term trades where I might be only looking for a 1% gain.  I view trades in terms of probabilities.  Obviously, to enter a trade, there should be less probability of it hitting my stop loss than making at least a 1% gain.

I frequently do not set a take profit at the outset of a trade.  Sometimes I place a take profit order a considerable distance from the current spot level on the basis that if it stretches that far in one session, the market is likely to snap-back.  I move my stop closer to market in a winning trade after I see a new technical level to work with.  If I think a trade is mature, I will move my stop loss closer to market.

I may at some point in a trade think the risks become evenly balanced, and set a take profit closer to market.  But I tend towards existing on stop losses.  My impression is that I tend to underestimate how far a market will run in a certain direction, and it is best not to rush to take profit.

I start with roughly a 1 to 1.5% stop loss, but frequently allow this to widen out as a trade moves into the money.  I tend not to move my stop to keep in a losing trade.

I like to see where a market retraces to before moving my stop loss to lock in gains (or limit losses).  I try not to be overly influenced by my entry level, and more so what I think are key levels.

I have found losing periods have occurred when I am positioning for larger moves and end up getting caught out by false breaks. I am pretty cautious trading in ranging markets.  I prefer to wait them out.

I find that I like to enter a trade after it has moved in a direction that is in line with my fundamental view.  I am in this respect a ‘momentum’ trader rather than a ‘value’ trader.

However, since 2016, I have found this approach less successful.  The connection between macro developments and price action appears to have weakened in recent years, so I am developing my approach to include value trades, and being more cautious reading too much into price action.