Spotlight on RBA Lowe; time to drop bias to hike

The Speech by RBA Governor Lowe today (Wednesday) will be under a bright spotlight as the market looks for further colour after the policy statement yesterday.  Crucially the audience will be wanting to know if Lowe still thinks the next move in rates is likely to be higher.

Hand on heart it is now hard to say the next move in rates is more likely to be higher.

The economic forecasts in the policy meeting statement still suggest that the RBA’s central case is that rates remain at their current level for longer and eventually rise.

There is a good chance that Lowe admits that the next move is harder to predict.

The retail sales data were quite weak and suggest that one of the RBA’s most frequently stated negative risks for their outlook is playing out. 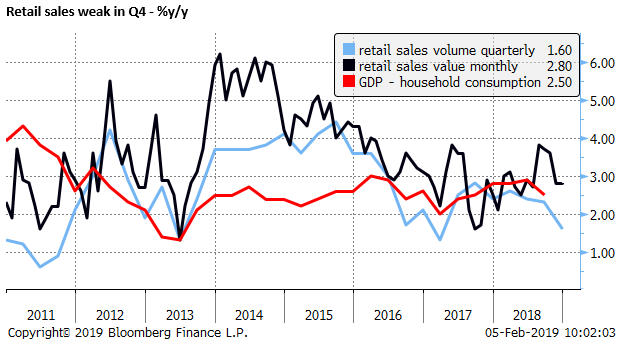 The RBA policy meeting statement more explicitly linked household consumption risks to the housing market.  It said,  “The main domestic uncertainty remains around the outlook for household spending and the effect of falling housing prices in some cities.”

While its comments on the housing market were largely unchanged, the whole paragraph was lifted up the page to appear directly under the paragraph on the overall state of the economy, such that it flowed on from the risk statement above.

The policy statement emphasised that downside risks for both the global and domestic economy had lifted.  It said, “The outlook for global growth remains reasonable, although downside risks have increased.”

And, “The growth outlook is being supported by rising business investment and higher levels of spending on public infrastructure. As is the case globally, some downside risks have increased”

The “central scenario(s)” in the statement were still relatively optimistic:

The AUD bounced on the policy statement today, even though it showed downward revisions and less optimism in the economic outlook.  This suggests that the market has been short AUD, and there was some risk that the RBA signalled a more wholesale change in its outlook, including a bias to ease policy.

The policy statement largely met most analysts expectations for no change in the rate policy guidance.  However, much less certain is if the RBA will continue to say it thinks the next move in rates is more likely to be higher in its Statement on Monetary Policy on Friday.

The usefulness of this guidance is past its used-by date.  The RBA could look foolish if it retains such wording and then suddenly is compelled to cut rates.  The guidance may have helped generate a sense of confidence that the economy was on track, but retaining it now may only generate fear that the RBA is stubbornly clinging to unfounded convictions.

As such, I expect it to be removed from the SoMP on Friday, and not appear in the text of the Lowe speech.  He may in questioning give a nuanced response that the base case is that the next move in rates is higher, but there is less certainty that rates are more likely to rise than fall.

We can see scope for a kneejerk dip in the AUD on the Lowe speech.  But caution that EM assets, including Chinese equities, and commodities have been firming, providing a case for the AUD to be supported on dips. 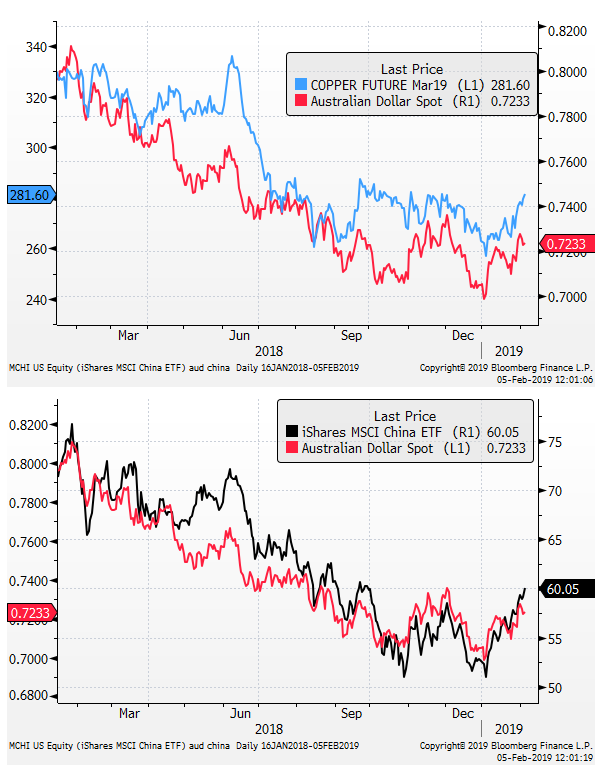