The AUD popped on Monday (+2%), along with strong gains in several commodity currencies (CAD +1.5% and NZD +1.5%). Several higher-yielding EM currencies also led gains (IDR +1%), and for the most part, the USD was broadly weaker.

AUD rose to a high since January, leading gains on Monday.  CNY continues to lag broader weakness in the USD, although it has firmed in recent sessions 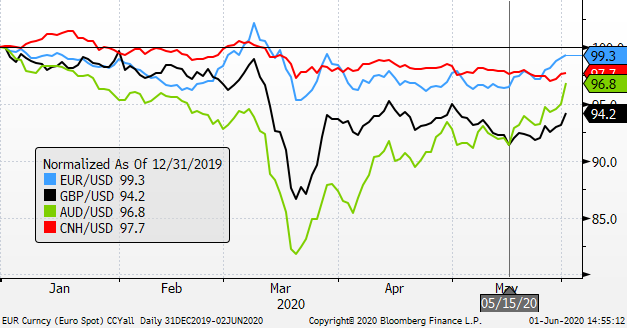 USD Indices – USD falls to a low since around 12-March 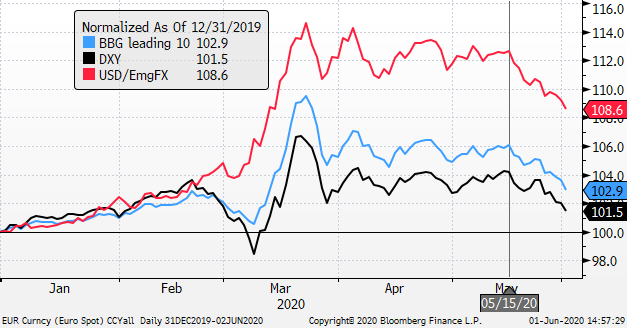 The rebound in the AUD since March has closely followed the rebound in global equities, and narrowing credit spreads.  However, its jump on Monday appears to have run ahead of these markers of global risk and growth confidence on Monday. 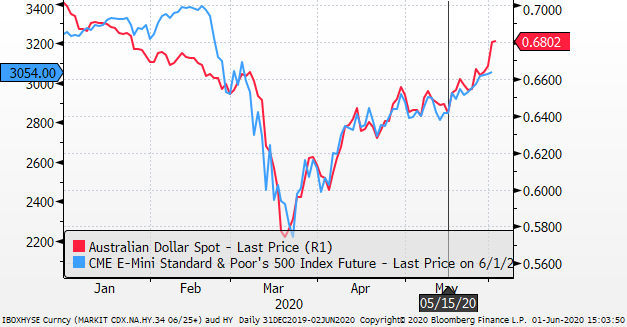 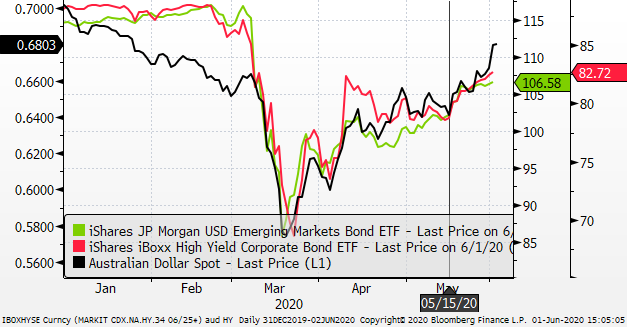 The run-up in the AUD on Monday followed a break above a key resistance level around 0.6680, and may have been exacerbated by stop losses purchases from short position holders 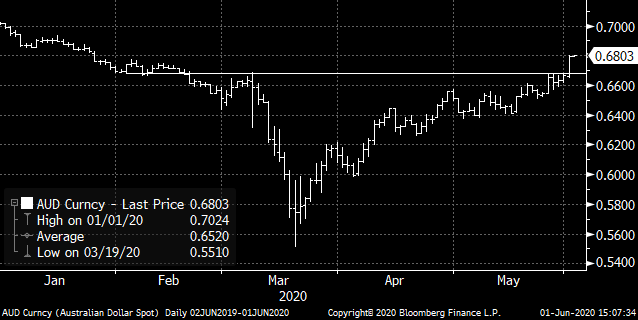 The Citibank PAIN indices of the positioning of active traders inferred from the relationship between currency managers’ returns and movements in exchange rates suggests that these traders were selling into the rally in commodity currencies since mid-March.  The spike in the AUD and other commodity currencies suggests that a significant segment of the currency market has been forced to capitulate and reduce short positions. 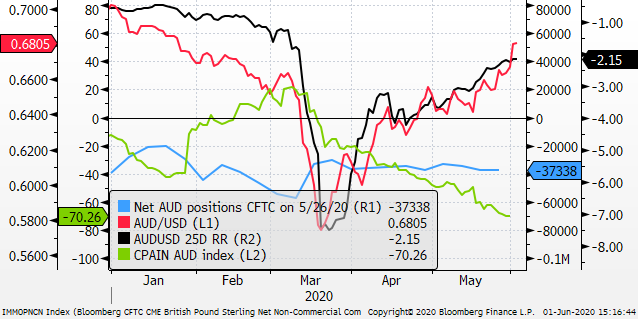 The spectre of a US-China trade and economic dispute built-up last week, leading to a relatively weak CNY.  This may have encouraged short AUD positions.  President Trump’s address on Friday on measures to protest Chinese actions in Hong Kong was less severe than feared, and the “phase one” trade deal struck next year was not threatened.  This appeared to help trigger a strong close in US equities and stocks last week and set the AUD for its squeeze higher on Monday.

However, the US-China trade dispute remains a risk for the AUD and global asset markets. The resurgent AUD did not respond to reports on Monday that China may be halting further purchases of US agricultural products that are a significant part of the phase one trade deal.

The widespread protests and unrest in the US may be seen as reducing President Trump’s capacity to credibly play tough with China.  This may be working against the USD, weakening the re-election chances of Trump, and threatening to slow the recovery in the US economy.

Over the last week, betting odds have shifted, narrowing the gap between Trump and Biden to now a close to even implied probability.

Despite the US-China risks, global investors appear to be focused on the steady pace of re-openings around the world, lifting the economic outlook.  While there may be reasons to see a recovery stalling before a complete from recovery to pre-COVID, the market appears to be building in confidence that recovery will continue relatively unimpeded.

Reports that several governments are planning more fiscal stimulus; including Australia, Korea and Europe, relatively soon, combined with fresh QE measures or at least ongoing extreme policy easing is supporting the recovery in risky assets, and softening demand for the USD.

The RBA policy meeting today is not expected to see any change to the current policy of yield curve control, targeting three-year bond yields at 0.25%.

It will be interesting to see how the RBA addresses the rebound in the AUD that should at least be up for discussion at the board meeting; considering how much it has rebounded in recent months.

The RBA might like a weaker AUD to help support recovery.  However, the currency has largely only recouped the extraordinary losses in the first quarter, and its level would not be regarded as an impediment for the economy.

EUR was mixed on Monday, remaining below its high last week.  It appears to be facing resistance up to 1.12, and the market is reluctant to buy ahead of the ECB meeting.  Conventional wisdom might suggest that EUR is vulnerable to a set-back on a widely expected expansion in the ECB’s PEPP emergency asset purchase plan.

However, a weaker USD trend, increasing confidence in a European recovery, moves towards more fiscal stimulus and ECB asset purchases, supporting asset markets in the region, suggest upside risk for the EUR. 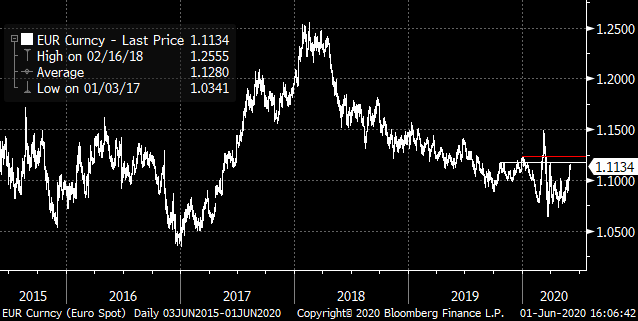