The Fed’s newfound sensitivity to global economic and financial market risks has boosted global asset markets and softened the USD.  These moves may be limited by the still substantial global uncertainty over US trade policy, surprisingly weak economic data in Europe and China, tensions surrounding US legal action against Huawei, tech sector headwinds, Brexit, and a more toxic US political environment.  However, we would not be surprised to see a period of weaker USD trading unfold, especially if the US administration and China see progress in trade talks this week.

The Fed has largely completed its shift to a neutral policy, making it seem that it has largely ended its rate tightening cycle.  And the next move in rates could be up or down and depends on the evolution of the US and global economy.

The Fed restated its relatively upbeat view on the state of the economy, which might provide the basis for rate hikes in the future, but the statement implied that this was countered by weaker global economic and tighter financial conditions.

One of the bigger surprises in the Fed statements today was an additional release on Balance Sheet Normalization.

There was some criticism late last year that the Fed’s autopilot reduction in its balance sheet may be contributing to weaker global asset markets.  The Fed said that this reduction, while it continues for now, is no longer on autopilot and they may adjust it if it is seen to be undermining financial market stability.

It also made it clear that the end point for balance sheet reduction will leave the balance sheet significantly above that which prevailed before the global financial crisis, reflecting higher banks’ demand for money reserves due to regulatory requirements, and the Fed’s new approach to targeting money market rates using floor and ceiling rates, requiring holding reserves above system demand.

This suggests that the Fed may end its balance sheet reduction sooner than may have been previously expected, perhaps later this year, although they still have not provided a target level for its balance sheet.

Overall, this may alleviate concerns over declining global liquidity undermining asset markets, and suggests that the Fed is signalling an easier monetary policy with respect to its balance sheet.  It may be seen to support risk appetite, and weaken the USD.

Lower US rate and yield expectations and a sense that the Fed will be more responsive to evidence of weaker domestic and global economic conditions and weaker financial markets should support risk appetite and tend to weaken the USD.

However, there remains a number of major uncertainties in the global economy that may limit the downside for the USD and upside for global asset markets.  These include US-China trade negotiations, US legal action against Huawei, much weaker than exected economic growth in Europe and China, policy stimulus measures in China, Brexit negotiations,  a more hostile US political environment, and high tech sector headwinds.

Nevertheless, it would not surprise to see some further follow through it the decline in the USD in the wake of the Fed rate decision especially if the US administration and China express optimism that trade talks underway this week are making progress. 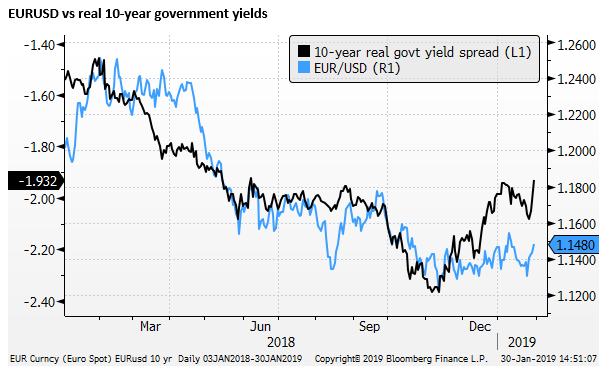 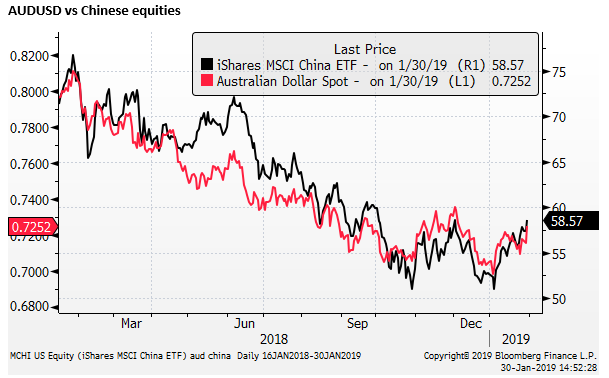