Lower US rates and yields appear to be fuelling broad weakness in the USD and gains in EM assets over the last two weeks.  Global risk appetite is on an improving trend, suggesting hopes are high that easier central bank policies, in the US, China and globally, will stabilise global growth.   Gold continues to pay more attention to lower bond yields, strengthening despite less demand for safe havens. The AUD has firmed in line with stronger global risk appetite, despite increasing expectations that the RBA will cut rates relatively soon.  Never more has the RBA directed the market to pay closer attention to labour market data, raising the stakes around the labour report on Thursday.   Both Australia and Canada have experienced weaker housing markets, credit tightening and surprising economic data setbacks in recent months.  Canadian long term real bond yields have fallen more abruptly, suggesting downside risk for CAD.

The Australian rates market is even more focused on the labour report due this Thursday since the RBA highlighted the diverging strength in labour data from weak GDP data, not only in Australia but globally.

The local rates market now anticipates that the RBA will cut rates this year after near stalling GDP growth in the second half of last year, combined with fear than a falling housing market is dragging on household consumption. 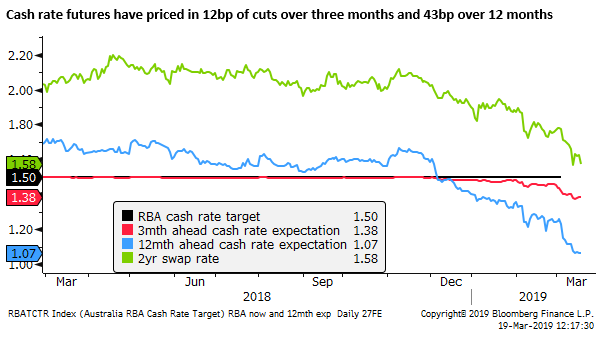 The RBA policy meeting minutes on Tuesday made it clear how important the labour data are for the near term rates outlook.  The minutes said, “the central forecast scenario was still for growth in GDP of around 3 per cent over 2019 and a further decline in the unemployment rate to 4¾ per cent over the next couple of years. This further reduction in spare capacity underpinned the forecast of a gradual pick-up in wage pressures and inflation. Given this, members agreed that developments in the labour market were particularly important.” (emphasis in bold mine)

Minutes of the 5-March Monetary Policy Meeting of the Reserve Bank Board; 19-March – RBA.gov.au

The GDP report released the day after the 5 March RBA policy meeting, was significantly weaker than expected, making the RBA central forecast scenario appear much too optimistic, further exaggerating the divergence between labour and GDP data, and emboldening market calls for the RBA to cut rates.

The RBA inserted a caveat into their final policy guidance paragraph in their minutes.  It said, “They assessed that it would be appropriate to hold the cash rate steady while new information became available that could help resolve the current tensions in the domestic economic data.” (That tension, of course, refers to the divergence between labour and GDP data). 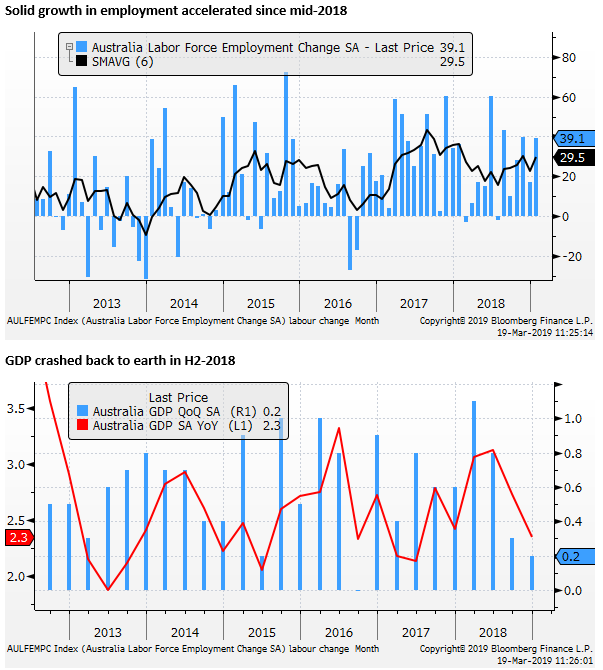 Many analysts are now expecting the labour data to weaken and trigger rate cuts.  It may only take one or two softer labour market reports to tip the RBA’s hand, in which case cuts could start as soon as June.

Wishing too hard for a soft labour report

However, the market may be a little too expectant that the labour data will weaken.  And there is a significant risk that it beats expectations on Thursday and triggers a short covering rally in the AUD.

Market economists are not likely to capitulate on their calls for rate cuts if the labour data is strong, but it would move the needle towards the notion that the domestic economy has more momentum than the GDP suggests.

For its part, the RBA has expressed some confidence that the labour market data will impress, although I guess they should be expected to say so since they retain a neutral rate policy outlook.  In the minutes they said, “Leading indicators of conditions in the labour market, such as vacancies and hiring intentions, pointed to further tightening in the labour market in the near term. Private sector wages growth had picked up further in the December quarter, consistent with the Bank’s forecasts and survey evidence that a significant share of firms were finding it difficult to attract suitable labour.”

Interestingly, vacancy and job advertisements are sending somewhat mixed signals.  Skilled vacancies rose further to a new high in January, whereas job ads fell in January for the sixth month out of the last seven to be down from a year earlier.  It’s possible that the job ads data are acting somewhat like a more leading indicator than the vacancy data, although it is not clear that it has or should do so.

Weaker job ads might herald some slowing in employment growth. However, job ads remain at relatively high levels, and could still be associated with above-trend employment growth, and a falling unemployment rate. 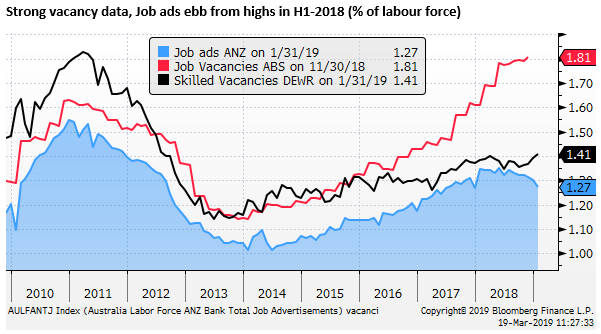 The NAB business survey has shown a fall in confidence and conditions from well above average levels in the first half of 2018 to around average levels in recent months to February.  In line with the overall indicators, the labour market component also points to a slowing in hiring intentions.  However, the labour component (5.4 in Feb) remained somewhat above its long-run average of 2. 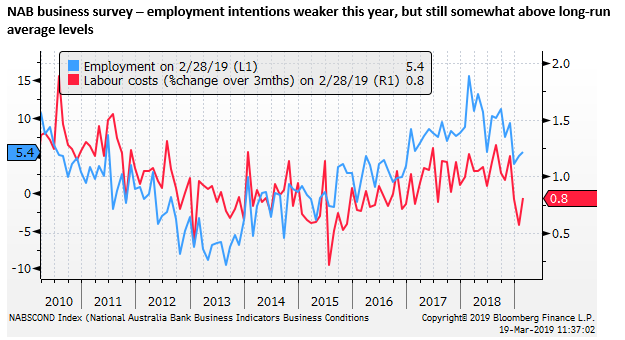 The leading indicators are weaker, but not so much to suggest that labour market growth will fall below trend. As such, we are not convinced that the labour market data will provide the catalyst for a rate cut in the near term.

The RBA pointed out that the so-called tension between the labour data and other activity indicators is not peculiar to Australia.  Most other major economies have shown further strength labour market indicators over recent months despite weakness in a range of other activity data; including the Eurozone, Japan and the UK.

Canada, in particular, reported back-to-back job gains of over 55K in Jan/Feb, led by full-time jobs, and some reacceleration of wages growth (2.3% y/y average hourly wages in Feb), despite much weaker than expected Q4 GDP (1.6%y/y).  It is a cautionary tale for those expecting a turn down in the Australian labour data this week.

The market anticipates a 15K increase in Australian jobs in February, towards the low end of the range over the last year, below the 6mma average of 29.5K.  The market is anticipating some payback from the somewhat above-expected 39.1K reported in January.  The data is notoriously hard to predict, and 15K growth per month is very close to the roughly 1.5% annual growth needed to stabilise the unemployment rate.  The market also anticipates no change in the unemployment rate at 5%. 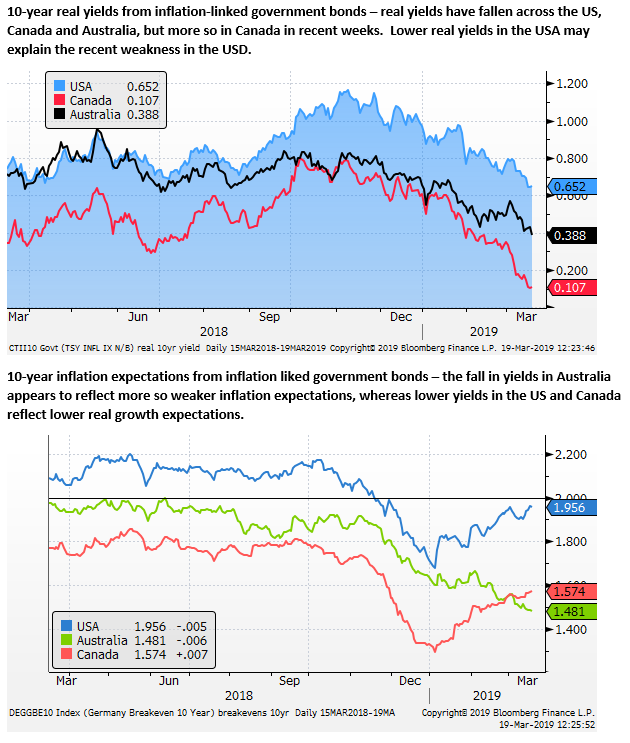 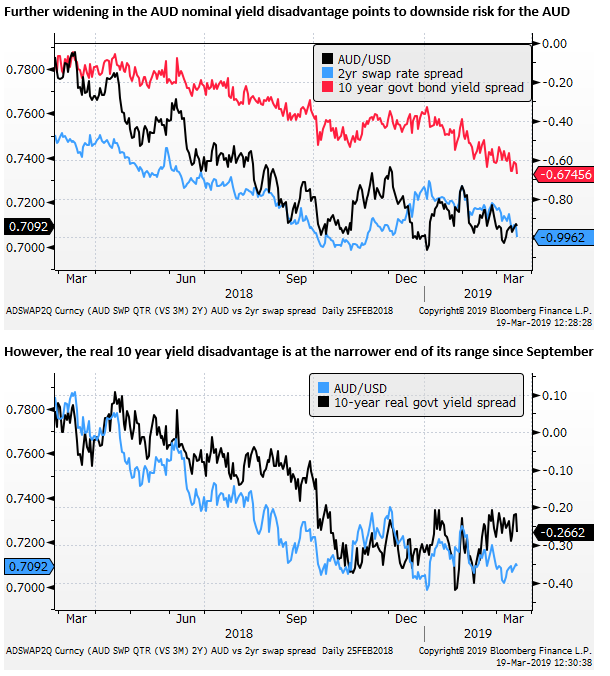 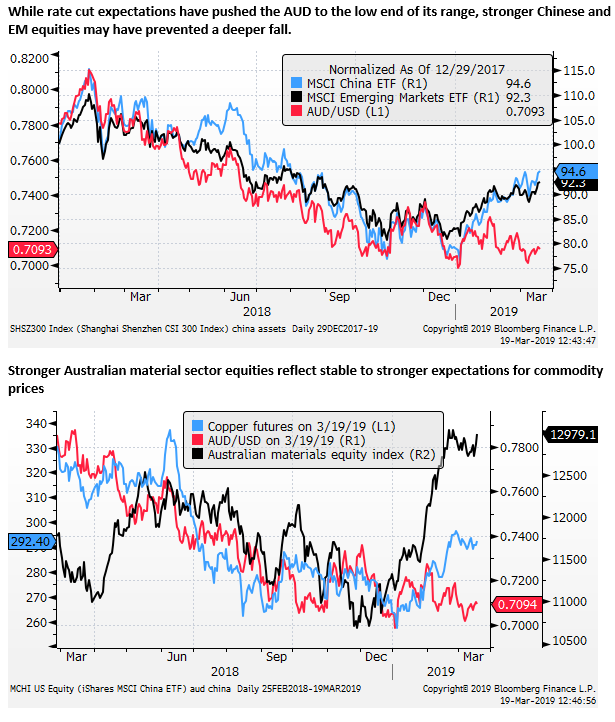 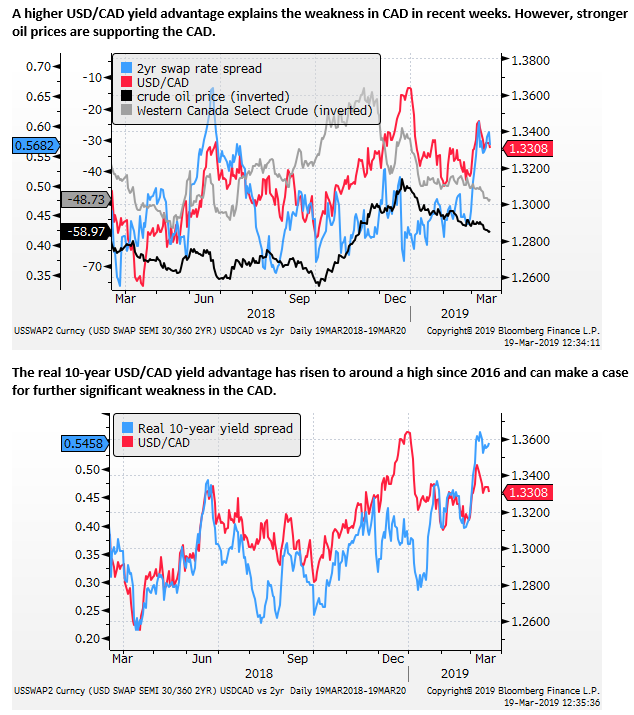 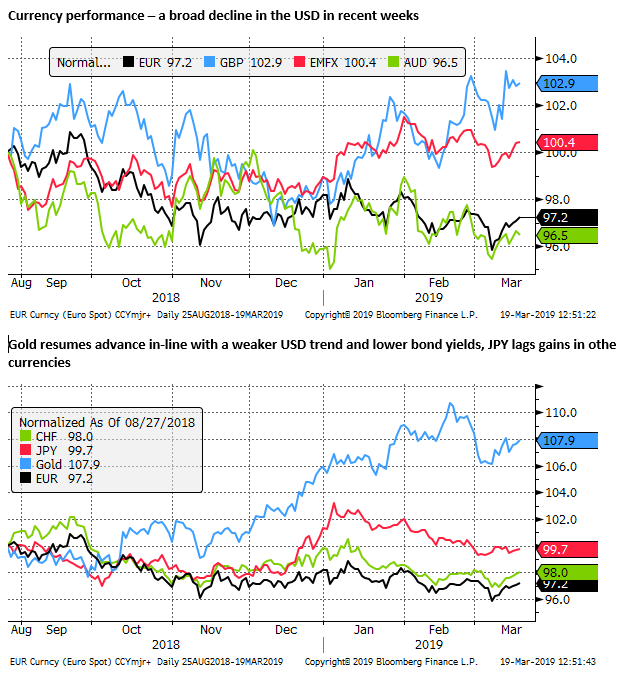 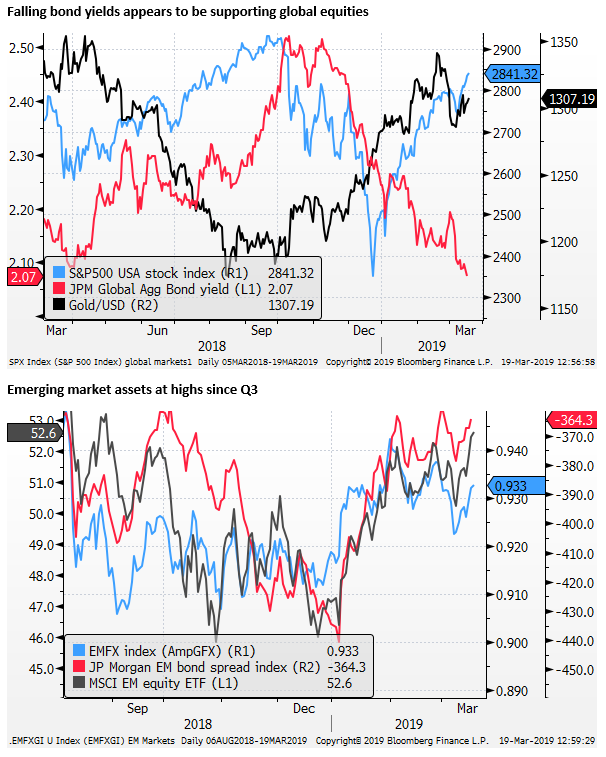